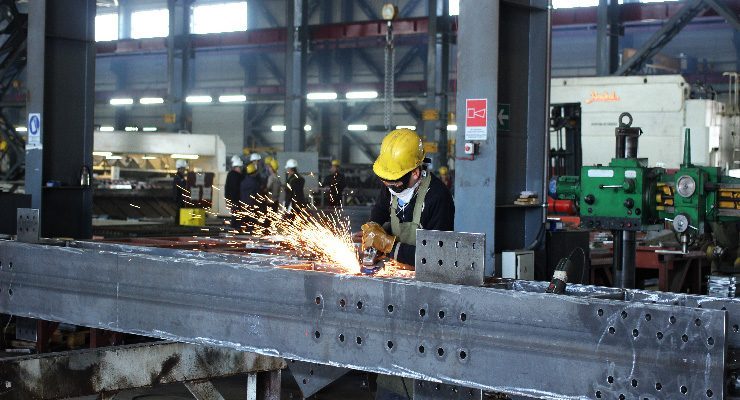 As part of the celebration of Industrialization Day, Nursultan Nazarbayev held a teleconference during which tens of new high-tech industries were launched. On the same day, on the land of the Karasai akim of Almaty region, Amandyk Batalov, Managing Director for Engineering Projects of the PSI Group, Pavel Beklemishev and others, commissioned the first stage of the Karasai Engineering Plant LLP.

Construction of the facility began in 2015. Its total area is 12.7 thousand square meters. meters. The occupied territory is 22 hectares, of which only five hectares are still actively used. Currently, 120 people work here, including 89 workers living in nearby villages. The rest are engineering and technical personnel. In the future, the number of employees will increase to 500 people.

The production capacity of the enterprise is 1,500 tons of metal structures per month and 18 thousand tons per year. Raw materials, depending on customer requirements, can be imported both from the Kazakhstan city of Karaganda and from Europe, Korea, and Japan.

As noted in the framework of the teleconference bridge that covered all regions of Kazakhstan, 2017 is the third year of the second five-year period of industrialization. Since 2010, 180 projects worth 5.5 trillion have been introduced under the Industrialization Map. tenge. At the same time, it was possible to create 101 thousand permanent jobs. For 9 months of this year, 52 projects for 800 billion tenge have been implemented in our country, 4.5 thousand people have been employed. It is planned that by the end of the year to implement more than 80 projects worth more than 700 billion tenge will create about 10 thousand permanent jobs.

As Nursultan Abishevich emphasized, industrialization should become the business of all Kazakhstanis. Particular emphasis was placed on the fact that it was time for us to move from raw materials to processing ones. Moreover, this applies not only to industry, but also to the agricultural sector. And to all labor groups participating in the teleconference, Elbasy wished success, health and family well-being.